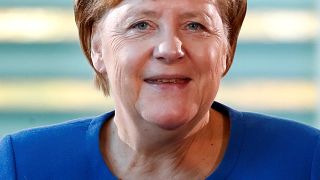 The Federal Statistical Office announced this morning that the economy had grown by 0.1% in the third quarter of 2019. Following

The unexpected results were largely down to a rise in private and state consumer spending as well as a small rise in exports after a period of slowdown.

Around 50% of Germany's GDP is export-based, making it one of the most export-reliant economies in the world and leaving it especially susceptible to global economic fluctuations.

A number of economists had expected a technical recession as the effects US-China trade war took their toll. China is a major purchaser of German-manufactured cars, it's trade is widely seen as essential to the German automobile industry - more than 77% of cars produced in the country exported.

The results mean that Berlin, and indeed the wider Eurozone, avoid the dread label of recession, but it major economic challenges to Germany remain.

Josie Dent, a Senior Economist at The Centre for Economist and Business Research told Good Morning Europe that businesses and policymakers across Europe would be breathing a sigh of relief.

Watch her full interview in the player above.