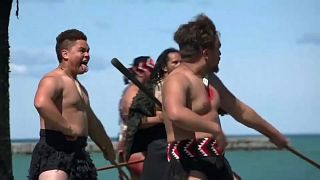 Prime Minister Jacinda Ardern called on Saturday (October 5) for New Zealand to have a more open conversation about its history, as commemorations began ahead of the anniversary of the landing of British explorer James Cook in the territory 250 years ago.

Britain delivered a "statement of regret" to indigenous Māori this week for the killing of nine of their number immediately after Cook's landing, although it did not offer a formal apology.

She said New Zealand should continue to learn and tell the full story of the country's past.