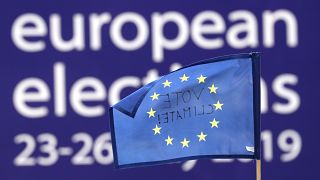 European Union leaders will meet in Brussels on Tuesday - to start talks on finding a successor to Jean Claude Juncker as European Commission President.

The socialist candidate Frans Timmermans has described the upcoming contest as a “Game of Thrones” - such is the intensity of the rivalry building up over the appointment.

Jack Parrock told Good Morning Europe that Tuesday’s summit would be like the weigh-in for a boxing match, with each rival camp assessing the strength of their champion.

As candidate from the largest group in the European parliament, Conservative Manfred Weber has a strong claim to the top job.

But French President Emmanuel Macron is said to be opposed to his appointment and is looking for a Commission President with more political experience.

"The thing about European politics is that you have results, who won the elections and size of parties,” says Rosa Balfour, Senior Policy Fellow at the German Marshall Fund. “But you also have gender, balances between North, South, East and West, competence. Usually presidents of the Commission have been former prime ministers"

Watch Jack Parrock’s report in the video player above.