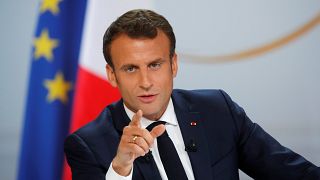 After months of angry protests by the yellow vests movement across France, President Emmanuel Macron gave his first press conference since taking office two years ago.

The French president promised €5bn worth of tax cuts as well as higher pensions for the poorest and a reform of France’s civil service. He also recognised that some demands from the anti-government’s movements were ‘fair’ and said people were right to be impatient for changes to be implemented.

Addressing a room full of journalists and party members, Macron spoke for over 2 hours.

His speech was originally scheduled for April 15 but had to be postponed due to the fire at iconic Notre-Dame cathedral in Paris that day.

Macron acknowledged a ‘lack of trust’ in the establishment by some French people but insisted his main pro-business reforms were needed to make France prosper. He conceded that more ‘humanity’ was needed in his presidency and guaranteed no more schools or hospitals would be closed before the end of his term.

He also stressed that public order ‘must be restored’ in a clear message to the Gilets Jaunes (yellow vests) protesters. The president said that although he respects the right to protest by the people who have been gathering since the beginning of November, he thinks the protests have been marked by riots, homophobia and anti-Semitic violence.

It is still unclear how much Macron’s address to the nation will appease the yellow vest protesters. This This Saturday’s demonstrations will probably be a good measure of how well the president’s promises are being received by the public.

"In the eyes of many Gilets Jaunes leaders, he did not go far enough," said Euronews' Valerie Gauriat.