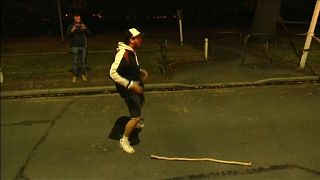 An emotional Haka was performed on Saturday outside the Al Noor mosque in Christchurch, where 41 died in Friday's attack on two of the city's mosques.

It took the shooter seven minutes to travel to the second mosque in the suburb of Linwood, where seven people were killed. One victim died in the hospital.

Friday's attacks, in which 49 people died and dozens were wounded, was the worst ever peacetime mass killing in New Zealand.

As mourners stood silently at a floral tribute to the victims, one man walked onto the street and performed the traditional war dance.

The Haka is an ancient Maori war dance, performed at weddings, funerals and to challenge opponents on the sports field, most notably by New Zealand's All Blacks rugby team.