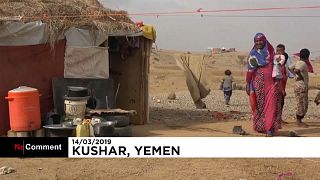 A UN humanitarian agency has warned that thousands of Yemeni civilians caught in fierce clashes between warring factions are trapped in an embattled northern district, an area that has become another flashpoint in the country's bitter civil war.

More than 5,300 families have fled from the district of Kushar and its surrounding areas in the past few weeks, according to the UN Office for the Coordination of Humanitarian Affairs, or OCHA.

The overall number of displaced people in the governorate of Hajjah, where Kushar is located, has doubled the past six months, the UN said.