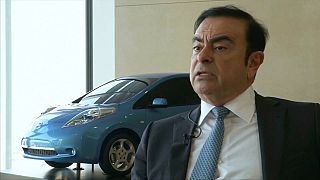 The arrest of Nissan, Renault and Mitsubishi Chairman Carlos Ghosn has sent shockwaves through the business world and caused company shares to tumble.

He's been accused of under-reporting his salary by 38 million Euros.

“There have been suggestions of an internal coup, some rumours but nothing clear yet. He’s been in charge for nearly twenty years and there may be some people in the organisation looking for a change, but at this stage, that’s more speculation than fact.”