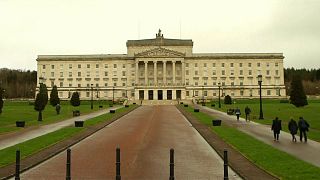 Changes to a bill which could see abortion and same-sex marriage allowed for the first time in Northern Ireland are being taken to the British Parliament today.

Northern Ireland has been without a full sitting government for over 18 months - and the unprecedented bill would legislate in the Assembly's absence. The idea is to give civil servants more powers to run governmental departments where the Assembly would normally have done so.

Westminster MPs have tabled amendments to the bill, looking to change laws that have been in place in Northern Ireland since 1861. Abortion and same sex marriage have both been legalised in all other parts of the UK and the Republic of Ireland. Even though polling in the region shows that Northern Irish people are in favour of changing those laws – lack of government in the region means that without an intervention from Westminster, they cannot be changed.

However, the British government is at something of a stalemate – with the Prime Minister propped up in government by 10 Northern Irish DUP politicians. Due to Theresa May’s failure to gain an absolute majority in the Parliamentary elections of 2017, she relies on the Democratic Unionist Party on a vote-by-vote basis. The DUP is anti-abortion and against same sex marriage. Westminster has therefore been reluctant to act without the Northern Irish Assembly and consent from its devolved administration.