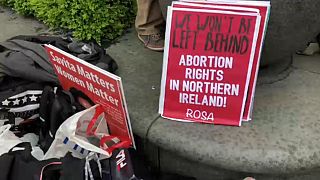 A mother in Belfast is fighting a court decision to prosecute her for giving her teenage daughter illegal abortion pills.

In one of the first cases of its kind, Northern Ireland's restrictive abortion laws are being directly challenged. She is accused of procuring and supplying poison with the intent to cause a miscarriage in July 2013 contrary to the 1861 Offences Against the Person Act.

After May’s Republic of Ireland Abortion referendum, calls for an easing of the laws in the North have been growing more vociferous. Current legislation means that women who want to have an abortion mostly have to travel to mainland UK where abortion is legal.

The mother, who cannot be named for legal reasons, sought medical advice after she bought mifepristone and misoprostol online and gave them to her daughter. Her daughter, who was 15 at the time, found herself pregnant whilst in an abusive relationship.

Katherine O’Brien from the British Pregnancy Advice Service said: “This case could have a real implication of women who seek aftercare. We hope that today’s case will focus the minds of the politicians in Westminster who have the power to do something about this law."

Her lawyers are arguing that under the European Court of Human Rights rules, her conception was through underage sex while in an abusive relationship, so to continue with her pregnancy would contravene legislation. If her challenge to the courts fails, the mother could spend up to 10 years in jail.