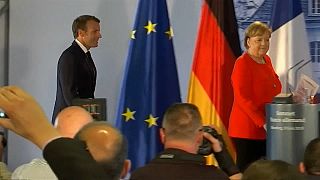 The under-pressure French and German leaders are meeting for a wide-ranging summit in the French city of Marseille today.

Among the subjects expected to be covered by President Emmanuel Macron and Chancellor Angela Merkel are Brexit and the current European migration crisis.

The meeting follows Macron's visit to Luxembourg to discuss further European integration with with the leaders of Luxembourg, the Netherlands and Belgium.

Macron's stance on this issue has brought him into conflict recently with Hungary and Italy, who are following markedly stronger anti-immigration agendas.

It is believed Macron will need Merkel to support his plans, but Merkel is under acute pressure on immigration, having allowed around 1,000,000 people into Germany over the last three years.