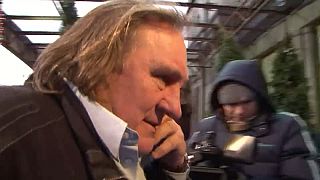 The French actor Gérard Depardieu has denied accusations of rape and sexual assault made by a 22-year-old woman.

69-year-old Depardieu is one of France's best-known film stars, known for roles including Jean de Florette and Cyrano de Bergerac.

Officials say the complaint against him was made on Monday near the southern city of Aix-en-Provence and the case was assigned to Paris prosecutors Wednesday.