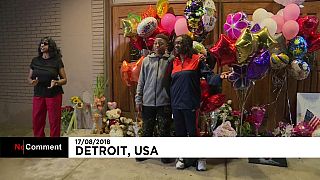 Fans of the superstar also gathered outside her childhood church in Detroit, Michigan to honour her passing.

The 18-time Grammy Award winner, who was diagnosed with pancreatic cancer in 2010, died at the age of 76 in her home in Detroit.

Franklin was cemented as a superstar in the 1960's, with classic hits such as "Respect", "Think", "I Say A Little Prayer" and "Chain of Fools" making her an icon around the world.

She was the first female artist to be inducted into the Rock and Roll Hall of Fame.