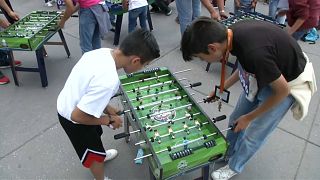 According to Guinness, 1,083 people were registered to play at the same time. Germany held the previous record of 1,000 people.

The World Record comes amidst soccer mania in Mexico, after the national team famously beat current champions Germany and decisively defeat South Korea during the World Cup in Russia.