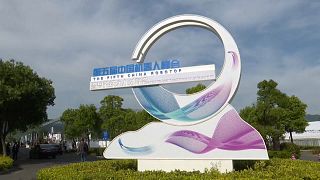 AI robots on display in China

Integration between artificial intelligence (AI) and robotics industry has been one of the major highlights at the ongoing Fifth China Robotop and Intellectual Economic Talent Summit, which kicked off Wednesday in Yuyao City, east China's Zhejiang Province.

More than 1,500 leading experts from 18 countries and regions are taking part in the said discussion.

The theme for this year's gathering, also known as the China Robot Summit, has been titled as "The unity of knowledge and action, the fusion of AI and robot".