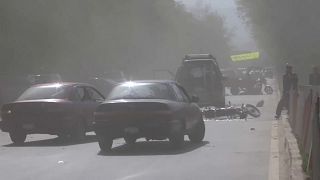 Three people were killed by the initial blast and six were wounded, according to Mohammad Asim, chief of the Kabul ambulance service.

The first explosion was soon followed by the second.

The director of Wazir Akbarkhan Hospital, said several people suffering injuries from the blast were being treated at the hospital.