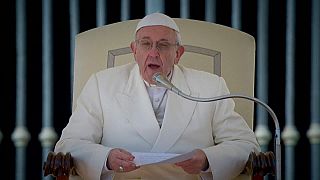 The head of the Vatican communications department has resigned, the Vatican said on Wednesday.

A brief Vatican statement said Pope Francis had "accepted" Monsignor Dario Vigano's resignation, but a Vatican source said the prelate had been told to offer it, meaning he was fired.

Vigano had come under sharp criticism for blurring part of a photograph of a letter by former Pope Benedict.

It's a public relations fiasco for the Vatican, particularly because earlier this year, the pope wrote a document on the dangers of "fake news".