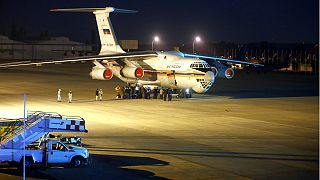 At least 800 families were evacuated from the small town of Dichato along the Chilean coast on Monday, after a menacing fire was reported in the afternoon.

Flames from more than 100 raging wildfires have continued to spread quickly from the mountains to the Pacific coast, destroying forests, livestock and entire towns in a devastating path that is now too dangerously close to cities.

The Russian Emergencies’ Ministry plane is helping combat what the country describes as the worst forest fires in modern history, which have so far spread to affect 480,000 hectares (1,186,105 acres).