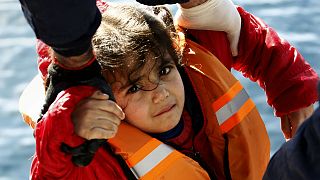 The Italian Coast Guard rescued 192 migrants in the Mediterranean Sea on Sunday (11/12), also recovering six bodies during the operation.

The operation is one of seven different rescues the Italian Coast Guard reported supervising on Sunday, with a total of 1,164 migrants saved from six rubber dinghies and one larger vessel.

More than 174,000 thousand migrants have reached the Italian coast so far in 2016. At least 4,700 have gone missing or died crossing the Mediterranean, according to the International Organisation for Migration.