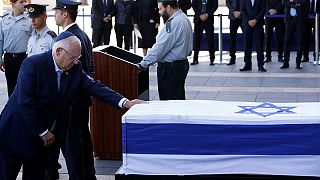 Israel’s leaders paid their respects at the coffin of one of the country’s founding fathers, Shimon Peres, on Thursday (September 29) outside the Knesset in Jerusalem.