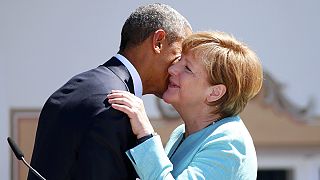 The official said the two leaders would meet in the town of Kruen, near the Elmau palace where the summit is being held.