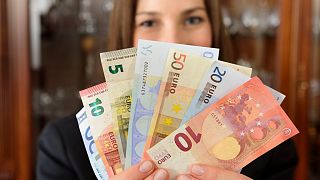 With prices soaring, many of us will struggle to afford a summer holiday this year.

Package holidays are around 19 per cent more expensive than last year, research from consumer group Which? has revealed.

And summer flights between the UK and Europe are around 32 per cent more expensive than last year, averaging at £237 (€271) compared to £180 (€206), according to travel search engine Kayak.

But this hasn’t dulled our desire to travel: searches for summer flights in the UK are up around 41 per cent on last year.

If you’re determined not to let the cost of living crisis scupper your travel plans, check out these tips on booking cheap holidays in 2023.

Book summer flights and trains now to save money

Prices are only expected to go up as peak season approaches.

Long haul flights are around 54 per cent cheaper 178 days in advance, according to Kayak - so book in January to get the best deals for summer.

If you struggle to plan six months ahead, opt for a flight with a flexible cancellation policy so you can rearrange your booking if your plans change. European trips offer a little more flexibility - but not much. Booking 141 days (around five months) in advance could save you around 47 per cent, says Kayak. Buy your flights by February to secure the best price.

The international rail carrier also lets you change your booking as many times as you want with no exchange fee up to seven days before departure - ideal for indecisive travellers.

Shoulder season refers to the months either side of the summer peak. While the best prices can usually be found between March and April or September and October, there are deals to be had before the school holidays begin in July.

Travelling in June, rather than July and August, could slash your flight price by more than a third.

Hotel rooms are often also cheaper outside of the busiest summer months.

As an added bonus, beaches and tourist attractions will be less crowded during the shoulder season.

Flying on Tuesdays can cut costs by around 15 per cent compared to departing on Saturday - the most expensive day for starting a trip to Europe - says Kayak.

For long haul journeys, Tuesday flights come in at around 9 per cent cheaper than Friday departures.

If you’re travelling by train, leaving on Tuesday or Wednesday could save you money, according to Eurostar.

Picking a destination with a weaker local currency than your own could significantly reduce your travel expenses. Japan, Turkey and India are currently all good choices.

Data from Flight Centre UK reveals which airfares have dropped in 2023. While flights to New Zealand are 81 per cent more expensive compared to last year and flights to South Africa are up 42 per cent, economy fares to the Maldives have dropped 14 per cent.

Costa Rica, Argentina and Chile may also be good options, as flight prices have only increased slightly since 2022 according to the travel agency.

If you’re looking to book a package holiday, Which? data reveals you should avoid Greece, where prices have shot up by 30 per cent in the last year.

Of the six popular destinations they compared - including Cyprus, Greece, Italy, Portugal, Turkey and Spain - Portugal saw the smallest price increase at an average of 7 per cent.

If you’re willing to let the price dictate your destination, check out package holiday deals on websites like Wowcher and Groupon - some of which send you to a surprise location.

Where are the cheapest places to holiday in 2023?

The cheapest European destinations for flights from the UK include Dublin, Milan, Paris, Lisbon, Amsterdam, Barcelona, Malaga, Alicante, Rome and Palma de Mallorca, according to Kayak.

Travelling by train could make your trip even cheaper. Kayak lists the average price for a return flight from London to Paris as £140 (€160). A return trip on the Eurostar in mid-July comes in at £89 (€102) - and will likely also be quicker once check-in times are accounted for.

You can also take two large suitcases and one piece of hand luggage at no extra cost - not to mention the environmental advantages of train over plane travel.

Looking further afield, Cairo, New York, Toronto, Dubai and San Francisco are some of the cheapest destinations to fly to, says Kayak.