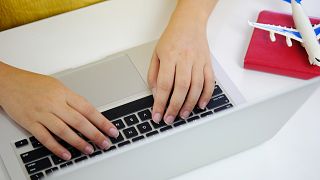 Friday the 13th could be the best time to travel if you are brave enough.

According to the travel search engine Kayak, there are deals to be had on this day if you don’t believe in bad luck.

Despite the date being one of Kayak’s most searched Fridays of the year, it was one with some of the most affordable prices.

Kayak says this could be due to airlines and travel providers anticipating that superstitious beliefs will impact demand. Some airlines, including KLM, Ryanair and Lufthansa, even skip 13 when numbering the rows of seats on planes.

“If you’re not superstitious, then there are savings to be made by travelling on Friday 13th,” says Laure Bornet, Vice President EMEA at KAYAK.

Is it really cheaper to book travel on Friday the 13th?

It's a bit late to book travel for this Friday 13th now. The good news is there’s another one coming up in October and Kayak’s data team says deals can be found then too - it's one of the cheapest days to book travel this year.

But this isn’t always the case and you can’t bank on superstitions reducing the cost of your flight. Both of these superstition-inducing days are out of season in 2023 and time of year has a big impact on cost.

Friday is one of the most popular days to travel too so prices are usually higher due to demand as people get away for the weekend. Though it can also be the cheapest depending on where you look.

Generally, flights are cheaper in the middle of the week and checking prices on dates on either side of when you plan to travel is a much more reliable way to ensure your trip costs less.

Is flying on Friday the 13th bad luck?

Though there are superstitions surrounding the date, it isn’t any more likely that you’ll get into an accident in the air.

According to a statistical analysis done by the Aviation Safety Network in 2013, it could actually be safer. It found that the average number of fatal accidents on Friday the 13th was 0.067 per day compared to 0.091 on any other date.