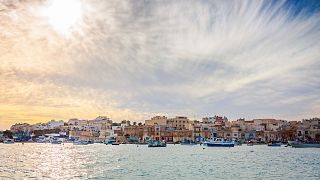 The cost of living crisis has many of us tightening our belts and reconsidering our travel plans for next year.

But it doesn’t mean you have to miss out on winter sun. The off-season is a great time to find deals on holidays in warmer climes.

To find out where it is least expensive to travel during the 2023 February half term, OTA Insight looked at the average hotel room price per night for all star ratings.

The analysis picked out key cities and destinations that are usually warmer during the winter months where you can stay for €100 per night or less.

Here are the nine cheapest destinations for some winter sun.

Sardinia just tips over the €100 mark for the average night’s stay but it has a lot to offer. Though sunbathing on the beach might be off the cards in February, you can still stroll along the beautiful beaches and take in the sights.

There are plenty of cultural and culinary experiences to take up your time and it's practically empty of visitors during the winter season.

Sardinia sees around five hours of sunshine a day in February and average daily maximum temperatures of 15C. There isn’t much rain but it’s still quite wintery so bring lots of layers to wrap up when it gets cold.

This glamorous city is still just as classy during the winter months. And, as a bonus, its usual crowds of visitors are greatly reduced.

Enjoy stunning evening sunsets from one of the cafes or bars on Nice’s famous promenade overlooking the bay.

Temperatures in Nice start to heat up again from January making it a pleasantly mild place to seek some winter sun. Average daily maximums can hit 13C with nine hours of sunshine, but pack clothing to wrap up warm at night.

The Costa del Sol is famous for sunny summer holidays but it is also a great choice for a winter break. Switch lounging on the beach for some of the sporting facilities Marbella has to offer instead.

Take advantage of the cooler weather to hike through the surrounding countryside or enjoy one of the 70 golf courses scattered across the region.

Marbella has a sheltered microclimate that sees average February highs of 16C and seven hours of sunshine a day. The average rainfall is lower than in January but it's still one of the wettest months so make sure you take an umbrella.

6. Stay in Montpellier, France for €90 per night

On average, accommodation in Montpellier will cost you €90 per night in February. It may not be as hot as the summer months but winter is the best time to enjoy cultural festivals and everything else the city has to offer.

Visit one of its many tea rooms, wrap up in a blanket and sip on a steamy hot chocolate.

The weather in Montpellier during February is cool and breezy, with highs of 12C, but only an 18 per cent chance of rain.

5. Stay in Casablanca, Morocco for €87 per night

Morocco sees fewer tourists in February so it's a good time to visit if you want to avoid the crowds. It also means you’ll pay less for accommodation, on average €87 a night.

Absorb the city’s unique architecture without the usual throng of tourists, or enjoy trekking in the cooler weather.

It is one of the warmest destinations on this list with an average daily maximum of 18C. You can expect around seven hours of sunshine a day. February is the wettest month, however, so make sure you take appropriate clothing.

The average cost of accommodation is lower in Malta during the off-season. On average it will set you back €86 a night during February.

Major historical sites and museums are likely to be less busy too without the usual summer crowds. It’s also a great time to explore Malta’s restaurants, bars and pubs.

Winter is cooler on the island but it's still warmer and sunnier than in most parts of Europe. Malta enjoys an average of eight hours of sunshine in February and average daily high temperatures of 16C.

There are far fewer tourists in Crete over winter meaning the average price of accommodation drops to €80 per night.

It’s also greener and the mountains are covered in snow at this time of year, making it arguably more beautiful than during the dry summer. There won’t be crowds at famous sites like Knossos or Elafonisi either.

Temperatures in Crete in February reach an average daily maximum of 16C. You have a 55 per cent chance of a perfectly sunny day. The sea is likely to be too cold for a swim, however, so it's best to stick to a heated pool if you fancy taking a dip.

The price of accommodation in Rhodes in February drops to an average of €78 per night.

Hiking in the summer heat can be a tough experience so take advantage of the cooler weather to walk some of the island’s winding paths. In winter, the sea is still warmer here than in northern Europe - ideal if you are a water sports fan.

Rhodes sees an average of five hours of sunshine a day in February. Temperatures hit a daily maximum of 15C but don’t drop as low as some of the other destinations on this list at night. The weather can be a bit unpredictable at this time of year, however, so prepare for all eventualities.

1. Stay in Portimão, Portugal for €77 per night

At an average of €77 per night, Portimão is cheaper than many other winter sun destinations in Portugal. It is the largest city in the western Algarve but is often far less hectic than the surrounding beach towns.

In February, the average daily maximum temperature is around 16C - not as warm as some others on the list but definitely hotter than northern Europe. Make sure you take warm clothes if you plan to venture out after dark as temperatures can drop dramatically when the sun goes down.