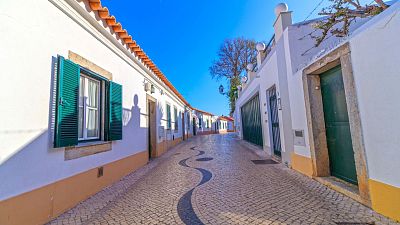 It might feel unseasonably warm for this time of year in Europe, but winter is just around the corner.

And if the thought of colder nights has you running for your suitcase, then sunnier climes are sure to be a top priority.

One Portuguese travel agency has crunched the numbers to discover which hot destinations are really pushing the mercury this November and December. Any of these places would be perfect for a short winter break - perhaps even a Christmas one.

Visit Cascais - which reports that more than 8,000 Brits are currently searching for “winter sun” on Google - has also identified the closest beaches to each city, so you can enjoy the warmer weather in your swimsuit.

Heating up as it goes along, here are the top picks for sun-lovers seeking a quick Euro getaway this winter. Each destination shows the temperatures both above and below the water.

Albania’s capital of Tirana is famed for its colourful architecture, including landmarks from its Ottoman and Soviet eras. It also boasts an incredible vertical forest from architect Stefano Boeri.

So there are plenty of reasons to visit beyond its balmy climate, which reaches average highs of 17 degrees throughout November, and 15C in December.

Though a longer journey from northern Europe, you’re pretty much guaranteed a spot in the sun.

Average max outside temperatures in November and December: 15 degrees Celsius

Rome, like Paris, is always a good idea. Though we tend to think of it as a very urban destination, it takes less than an hour to get to the coast from the Italian capital.

There are plenty of lovely local beaches to choose from, and you’ll be glad to take a dip with average highs of 21C in the water, even in December.

In fact, the local sea temperatures are expected to be warmer than the outside temperatures, so if you’re looking for a city break with a side of swimming, Rome is a great option.

Average max outside temperatures in November and December: 15 degrees Celsius

Another classic city break, Athens also benefits from warmer temperatures in the water.

While most travellers will think of historical sights and Greek ruins when they consider Athens, there are a number of public beaches just out of the city that are perfect additions to a city break itinerary.

The city also has the most sunny days recorded of the five capitals here, with 268 sunny days in 2020 (that’s almost 75 per cent sun).

Average max outside temperatures in November and December: 17 degrees Celsius

Portugal’s capital of Lisbon and surrounding Cascais region bask in year-round sun, with average temperatures of 17 degrees Celsius right up until the end of the year.

Bernardo Barros, president at Visit Cascais says, “with 226 sunny days every year, and average temperatures nearing 20 degrees at the end of the year, Portugal is the perfect destination for people looking to escape their dreary weather and bathe in the remainder of our Southern European sun.”

Average max outside temperatures in November and December: 17 degrees Celsius

But if sun really is your number one priority, then Malta’s tiny capital of Valletta is your best bet.

With the average max sea temperatures sitting in the low 20s through to December, Malta is the ideal destination for those wanting to enjoy sea swimming right up until the New Year.

Malta has more than 230 sunny days every year (making it sunny more than 63 per cent of the year), and average max outdoor temps of 19 degrees Celsius throughout the months of November and December.

Average max outside temperatures in November and December: 19 degrees Celsius

Miami Beach swaps out sun-seekers for the art crowd

Everything you need to know about Christmas travel and avoiding scams