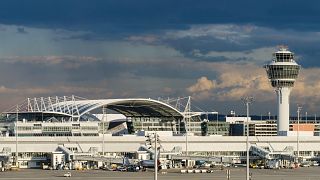 On Wednesday afternoon, 133 flights were cancelled at Munich Airport due to freezing rain.

Although takeoffs and landings resumed around 6pm on Wednesday, disruptions have continued into Thursday morning.

Cancellations this morning include Lufthansa flights between Munich and Basel and Genoa.

The German airport advises passengers to allow more time for arrival and departure and to check the status of their flights before leaving.

Due to current weather conditions, there are disruptions in air traffic. Please check your flight status or contact your airline for information about your flight. pic.twitter.com/lYKb0YGgvF

Thursday has seen a handful of cancellations, including Lufthansa flights to Berlin, Dusseldorf Hamburg and Venice, and from Berlin, Brussels, Hamburg, Hanover, Muenster, Munich, Poznan, Salzburg, Venice, Vienna and Wroclaw.

Due to today’s weather conditions, flight disruptions and cancellations will occur at FRA. Please check the status of your flight before traveling to the airport and allow extra time for your journey. We also recommend that you check in as early as possible for your flight. pic.twitter.com/TFnu8LzLC8

Where else are flights being cancelled due to wintry weather?

The disruptions follow a week of chaos at airports across the UK after snow blanketed much of the country.

Runways at Manchester Airport were shut down on Saturday, followed by closures and flight cancellations at London’s Heathrow, Gatwick and Stansted airports on Sunday night and into Monday morning.

Disruption continued into Wednesday, with at least 75 cancelled flights to and from London’s airports affecting more than 10,000 passengers, according to The Independent.