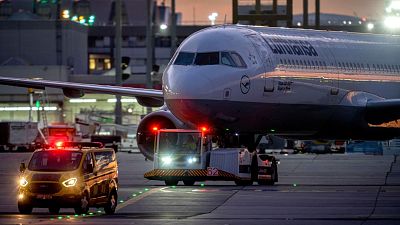 However, the two-day walkout has been averted by a last-minute pay deal.

If the strike had gone ahead, it would have been the second faced by Germany's biggest airline in a week. On Friday, pilots staged a walkout that led to hundreds of flights being cancelled.

Why has the Lufthansa pilot strike been cancelled?

The Vereinigung Cockpit union had announced plans for a walkout on Wednesday and Thursday, calling on Lufthansa to make a “serious” offer in talks over pay increases.

Following last-minute pay talks on Tuesday, the union says that the two sides have agreed in principle on “an extensive package of monetary and structural issues,” leading to the strike being cancelled. The details of the deal will be thrashed out in the coming days.

Before the talks, Lufthansa said a strike would have “massive consequences” for its flight plan.

Although it isn't immediately clear what the agreement entails, the Vereinigung Cockpit union has been calling for a 5.5 per cent raise for its members this year and an 8.2 per cent increase in line with inflation in 2023.Pilots are also seeking a new pay and holiday structure.

The airline said those measures would increase its staffing costs by about 40 per cent, or around €900 million over two years. Previously, Lufthansa offered a one-off increase of €900, amounting to a 5 per cent increase for senior pilots and an 18 per cent increase for those starting the profession - this was rejected by the union.

Strong unions have traditionally ensured good conditions for workers in Germany, using strikes to press their demands in labour disputes.