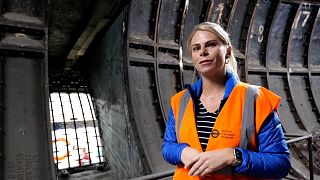 The London Underground is the world’s oldest underground railway, with parts of it dating back over 150 years.

You’ll likely recognise some of its 272 functioning stations, but did you know there are more than 40 disused underground stations and countless secret tunnels hidden beneath London?

Now as part of The London Transport Museum’s Hidden London tours you can explore behind the scenes of three of London’s biggest stations.

You’ll explore hidden sections of the stations, some of which haven't been seen by the public for nearly a century and are now used as ventilation shafts.

At Charing Cross, the Jubilee Line platform has been closed since 1999. It has become an iconic filming location, featuring in James Bond film ‘Skyfall’, Marvel’s ‘Thor: The Dark World’ and BBC series ‘Killing Eve’.

Shepherd's Bush tube station is located right next to a busy shopping centre in west London.

"This was the original terminus of the Central London Railway, which opened on 30 of July 1900," says Siddy Holloway, the engagement manager for Hidden London tours at the London Transport Museum.

When it was built, it was predicted to become one of the busiest stations of the capital. On the hidden tour, visitors are guided through the original tunnels which passengers would have taken when it first opened.

"You've got these beautiful white Victorian glass tiles and they're still here on the wall 122 years later," Siddy adds.

Beyond the station, you’ll discover the interesting history of the Central Line. The line was built as a commuting solution for people living in the west suburbs of London and working in the City, crossing the capital horizontally.

"It is the third oldest deep tube railway," says Holloway.

"It was built with quite a large budget at the time. It was considered one of the most lucrative routes that you could build in London. And so it's got a really fascinating history - one that we haven't explored before on any of our other hidden London tours.

“So I'm really excited for people to be able to come and witness something completely different from what we've done before."

Watch the video above to learn more about exploring London’s hidden underground.