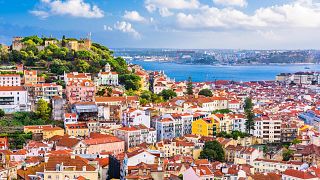 Portugal’s airport authority has proposed raising airport fees by an average of 11 per cent in 2023.

If approved, the tax hike could result in higher flight prices for passengers.

“There is no justification for the excessive increase in airport fees by ANA, especially when Portugal is still recovering from the pandemic,” says Elena Cabrera, Ryanair country manager for Portugal.

The airline urges ANA to reject the proposal and encourage visitors with lower airport fees - a strategy already adopted by AENA in Spain.

How could higher airport fees impact travel to Portugal?

Increased airport fees could come into force from February 2023 and would be charged per passenger. This is likely to be reflected in ticket prices.

This is on top of two fee increases already implemented by ANA this year, which saw a total increase per passenger of over €6, regardless of destination. These were levied to improve security systems, including those for checking baggage.

The new tax is subject to consultation and will need approval from the National Civil Aviation Authority (ANAC) before it goes ahead.

Portugal is now open to visitors

Portugal opened to all travellers on 1 July - but last week, the country removed another barrier for travellers. Those who test positive for COVID-19 are no longer subject to mandatory isolation in case they test positive on their trip.

Instead, they recommend that anyone with symptoms should wear a mask and avoid contact with vulnerable people.