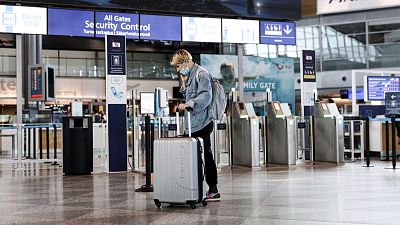 Finland could become the first country in the EU to trial a mobile app with digital copies of travel documents.

The country has expressed its eagerness to test out a phone app that would hold digital copies of travel documents instead of traditional paper passports. With this new technology, passengers could send information to border authorities before they go abroad.

According to a report in Finnish newspaper Helsingin Sanomat, the European Commission reached out at the end of last year to ask if the country would be willing to participate in the pilot project.

“We are currently preparing a funding application for the Commission. The application must be submitted by the end of August. After that, it will be decided whether the project will be realised or not,” Mikko Väisänen, an inspector for the Finnish Border Guard told the newspaper.

The Commission is encouraging some member states to trial digital travel documents. With the information gathered from these tests, it could introduce the ability to cross borders with nothing but a mobile phone app across the EU.

Though it's still uncertain whether Finland's trial will go ahead, the digital documentation could first be tested on air crossings to Croatia.

Some passengers will be asked to volunteer to download the app on their phones. They will then be able to send their documentation to border authorities before they travel.

“The information is checked in advance and deleted after the trip,” Väisänen said.

The first volunteers are likely to be passengers travelling between Finland and Croatia in spring 2023 at the earliest.

Could digital passports be the answer to airport delays?

For now, passengers involved in the trial will still have to carry their physical paper passports and undergo checks by border agents.

But in the long run, the aim is for people to not have to carry any documentation at all aside from their phones. Travellers could simply be identified using a photo of their face when they are boarding a plane or passing a security check.

It is hoped that these digital travel documents will make passing through a border much smoother and faster. Reducing the time of each individual check by even a small amount could cut down waiting times for passengers.

Does anywhere in the world already use digital passports?

In 2021, Ukraine became the first country in the world to give the same legal status to digital passports as physical ones.

Using a phone app called Dila that is issued by the Ministry of Digital Transformation of Ukraine, users can see electronic versions of their documents. They can also generate QR codes that have essentially the same power as a passport.

Ukrainians have been able to use their digital passports in a range of situations such as confirming their identity at the post office, confirming their age or opening a bank account for a few years. But last year they were also recognised when travelling into the country by plane or train.

Poland and South Korea also use digital documentation on smartphones in similar ways and further pilot projects could soon be underway in the UK and US.