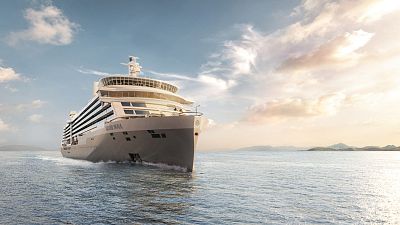 If you’ve ever been cruising in Europe or beyond, chances are you might have got hooked. It’s an industry that has traditionally had loyal customers who keep coming back for more.

But cruising companies are now pulling out all the stops to widen their appeal.

Pre-pandemic, cruises were one of the fastest growing travel and tourism sectors. But that all came crashing down with COVID. Passenger numbers plummeted by more than 80 per cent in 2020, and the sector was rocked by cases of virus-stricken passengers trapped on liners.

But now with travel restrictions eased, the industry says it’s sailing back into business. The question is, what kind of cruisers are coming back to the seas?

Cruises must take better care of the planet

“I think consumers are looking to travel in slightly different ways to how they were a couple of years ago,” explains Andy Harmer, UK and Ireland Managing Director of the Cruise Lines International Association (CLIA), a trade body that recently held a summit in Genoa to discuss the industry’s future.

“You have customers who very much understand the importance of sustainability, of balancing their desire to travel and seeing places with the footprint they create and that’s something the cruise industry is tapping into and talking about.”

Sustainability is nothing new for cruising, but it’s been growing in prominence. Under pressure over its environmental footprint, not only from customers but also governments, regulators and investors, the heat is on to step up to the plate and deliver.

There’s scrutiny over things like recycling and the supply chain, along with ensuring responsible and ethical tourism in the many destinations touched by cruising.

What can cruises do to be more sustainable?

A new target of net-zero carbon cruising by 2050 was recently set by the industry, with hopes pinned on a magic formula being found for a zero-emissions ship before then. But there’s still a lot of work to do.

Cruise companies are vocal about their existing credentials, desperate to stand out in the sustainability stakes. One, trying to woo ethically-minded travellers, is trumpeting its widening commitment to animal welfare, for instance.

Who are the new generation of cruise passengers and what do they want?

Conscious travel is one thing, but confidence in cruising is another. And it doesn’t seem the pandemic has dented that. Passenger volumes are expected to recover and exceed 2019 levels by the end of 2023, according to CLIA.

It also highlights that almost 80 per cent of travellers who have cruised before say they will do so again, the same as before the pandemic.

This apparently includes strong interest from Millennials and Gen X, those who expect round-the-clock connectivity. And that’s another battleground in the pursuit of remaining relevant.

The Internet of Things is now onboard cruises

Take Princess Cruises, for example. It’s rolled out something called the ‘MedallionClass Experience’ across its fleet.

It’s basically wearable tech. A ‘medallion’ device, like a medium-sized coin, that’s hooked up to an Internet of Things network and recognises where a passenger is on a ship and delivers personalised suggestions, experiences and interactions.

Princess Cruises, which has outfitted ships with 72 miles of cable and 4000 sensors to make it happen, is keen to highlight that it doesn’t contain any personal data.

Using cruises to make up for lost time

But today’s cruisers need more than just tech to keep them happy. Many are also looking to make lifelong memories with experiences that go well beyond the decks of a ship.

With the release of pentup travel demand after Covid, some people are now cruising closer to home. There also appears to be a craving to go beyond the conventional.

“There are many people who suddenly wish to go to their bucketlist destinations or some of the places they may have thought about going to and suddenly they think it’s now the right time to do that,” says Harmer of CLIA.

“We’re seeing significant growth, for example, in expedition cruising that takes people to the polar regions. But also to some of those far-flung places where seeing those destinations by any other means is more difficult. Exploring places for their wildlife and scenery, experiencing places that are very much off the beaten track.”

Ships are being designed to navigate into these areas and, onboard and at the destination, passengers can find experts like wildlife specialists to guide them along the way.

“I think destination remains such a critical part of the future of cruising,” Harmer highlighted, reflecting on what the longer term future may bring.