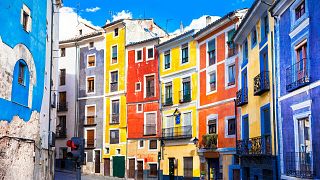 If you’re thinking of moving abroad this year, you might want to look at this study first - especially if you have kids.

The Mental State of the World Report is the largest study of its kind and tracks the best and worst mental health levels across 34 global countries, including five European countries where either English, French or Spanish are spoken.

So if you want to start a new life, which is the best country to move to?

By analysing five different areas of mental wellbeing, including mood and outlook, social self (how we relate to ourselves and others) and drive and motivation, the researchers have discovered some eye-opening results.

How does the report work?

Compiled by non-profit research organisation Sapiens Lab, the study gathered data from 223,000 respondents, from a range of global countries.

The researchers asked each respondent to complete a 15 minute anonymous survey and describe their wellbeing based on a sliding 200 point scale - from distressed to thriving.

Findings from each individual country were then compared in order to track how mental wellbeing differs across the globe.

While many parts of the world were not surveyed, the report includes countries from Latin America, the Middle East, Africa, Continental Europe and the ’core’ Anglosphere (US, Canada, UK, Australia and New Zealand).

What did the researchers discover?

Unsurprisingly, one of the main findings was that global mental health declined during the pandemic. After a 8 per cent drop in 2020, mental health continued to decline in 2021, but at a slower rate of 3 per cent.

There was a strong correlation between the stringency of COVID-19 measures in particular countries and declining mental health, particularly in the 18-34 age bracket.

Live in an English speaking country? Your mental health is likely to be worse.

One of the most interesting findings is that mental wellbeing was poorest overall in English-speaking countries. Whereas Latin American and other European countries had some of the highest levels of mental wellbeing.

Surprisingly, countries with higher GDP scores per capita actually had worse mental health than those with lower GDPs. This shows that although we are told that economic growth is a good thing, living in societies that are always chasing growth may not be good for our mental wellbeing.

Countries that had a higher focus on Individualism and Performance Indicators also had more people reporting negative mental health too.

Respondents from both countries had an average mental health score of 46 per cent, while the percentage of people who described themselves as distressed or struggling was a concerning 36 per cent.

The US, Canada, Australia, New Zealand and Ireland also came in the bottom 10 countries for overall mental wellbeing.

Which countries reported the highest levels of wellbeing?

Inequality is likely to be a big factor here as, according to the Gini Index, inequality has increased in many western countries but has been decreasing in Latin America.

Venezuela came out on top overall, with an impressive average of 92 per cent on the mental health scale. While Central and West African countries also performed well, with the DRC, Nigeria, Cameroon and Cote d’Ivoire all making the top twenty.

One of the report’s most shocking findings was that the mental wellbeing of young people across the world continues to plummet, with every single country surveyed showing a decline.

The researchers speculate that this may be a consequence of growing up in “an internet-dominated and inequitable world.”