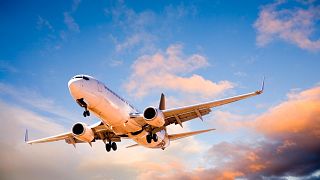 As the war in Ukraine continues, people all over the world are keen to reach out and help those whose lives have been upended by the Russian occupation.

To try and get money directly into Ukrainian pockets, people have been coming up with some innovative ways to help.

But with so many causes and charities to choose from, it can be hard to know whether donations are actually reaching those who need them most.

Here are some of the inspiring ways people have helped so far, and the facts on if they actually help:

Booking an Airbnb without turning up

The idea of paying for an Airbnb in Ukraine then not turning up appears to have been dreamt up by Twitter user Quentin Quarantino who claims to “​​make memes on Instagram and raise money for charitable causes”.

Within 24 hours of posting the idea on Twitter, hundreds of people were booking Airbnbs in Ukraine as a way to “send immediate monetary assistance to people in hard-hit areas”.

Yesterday I shared an idea to support Ukraine by booking rooms for rent on AirBNB. 24 hours later, 100's of people are booking AirBnBs in Ukraine as a way to send immediate monetary assistance to people in hard-hit areas. The messages in response from the hosts are so moving pic.twitter.com/ai2Je8VKCt

My heart is full. So glad to help the people of Ukraine in this small way thanks to @Airbnb#PrayingForUkraine#FreedomForUkrainepic.twitter.com/TJO78brrWe

How helpful are Ukraine Airbnb bookings?

Airbnb CEO Brian Chesky has waived all booking fees for Ukrainian homes, to ensure that the company doesn’t profit from people’s donations and that all money goes directly to the people who need it.

If you’re thinking about donating this way, make sure that you’re absolutely certain the host is genuine. As now that the donation method has attracted worldwide media attention, there’s a chance people may be setting up fake accounts.

Lots of talk about booking random Airbnbs in Ukraine and paying for them with no intention of staying, to transfer cash to the country.
Warning: were I a Russian scammer, I would be setting up fake Airbnbs in Kiev and Odessa as fast as I could to cash in on those noble intentions

To avoid possible scammers, there is also the option to to just send a cash donation via the airbnb website, with all funds going towards emergency housing in Ukraine. A move that has received celebrity backing from the likes of Ashton Kutcher and Mila Kunis.

Some generous individuals have been giving away their air miles. Hundreds of thousands of air miles donated by an American couple from North Carolina helped a Ukrainian woman and her children flee the country. They were able to fly to the US to stay with her sisters thanks to the donation. “It’s amazing, I don’t have words to explain to you. It’s amazing that we’re all together, our whole family is together in one place. Now I can sleep,” the mother told Live 5 news.

United Airlines and its partners are also accepting cash and air miles donations to help people on the ground in Ukraine and they're matching all donations too.

Our partners are accepting cash and mile donations to support their efforts on the ground. We are matching donations and will continue to use our people, planes and resources to support relief efforts where they are needed most. https://t.co/QaAdmBNqOXpic.twitter.com/NDUrPApdGA

The charity Miles4Migrants also accepts donations of air miles to help refugees and asylum seekers affected by other global conflicts.

How helpful is donating air miles to Ukraine?

Many airlines have had air mile donation schemes in place for years, which makes them a reputable way to give to charity, especially if you're short on cash but rich on points.

If you donate through a specific airline - this Lifehacker article rounds up a few with Ukrainian donation schemes - then your money won't go towards flights for individual people, but it will go to charities helping people on the ground. Charities you can donate to through United Airlines include Airlink Flight, a disaster relief organisation and Americares, which sends emergency responders to disaster zones around the world.

Most airlines require a minimum donation of 1,000 points though there is no upper limit.

Etsy gets money straight to the people

Another unique way people have been attempting to get money to local people is through online marketplaces like Trouva and Etsy. These sites allow artists around the world to sell goods they’ve made - from jewellery and cotton face masks, to t-shirts and art prints.

Olena Shevtsova, a Ukrainian weaver who usually makes scarves and belts, has turned her skills to making camouflage netting to help protect Ukrainian troops. In order to support her, buyers have been purchasing her online patterns. This way, Shevtsova doesn’t have to send anything out but still receives the money.

Downloadable artwork and fonts are also proving popular and many sellers have promised to donate all profits to the Ukrainian relief effort.

Guys, I’ve just purchased the cutest art - go on to Etsy and search for ‘digital downloads’ setting the country to Ukraine. I found the cutest cat art by a little girl that has escaped Kyiv - I mean, come on, how adorable is this pic.twitter.com/mdO7cZWrsF

If you want to help in this way, just search for sellers based in Ukraine via the Etsy website.

Please consider supporting this Ukrainian business on Etsy. They cannot ship or do business right now. Please donate what you can.https://t.co/3zrUPHpLgv??

Will buying things through Etsy really help people in Ukraine?

If you don't have much cash to donate, buying things through Etsy can seem like a great way to help local people, but it is unlikely that you will be helping those most in need. According to this research, in January 2021, over 30 per cent of Ukrainian people didn't have access to the internet. Which means you're unlikely to reach some of the most vulnerable people in Ukraine via downloadable patterns on Etsy.

Many Etsy artists are donating their money to local charities though, so if you still want to donate this way, the Huffpost have compiled a list of Ukrainian sellers you can download items from.

Buying things which can be downloaded is the best way to help, as arranging shipping is not going to be possible for many Ukrainians right now.