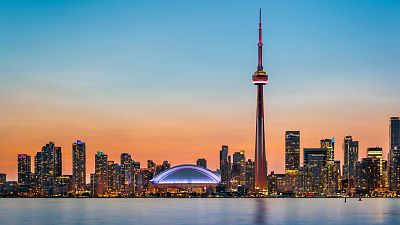 Canada is planning to ease travel restrictions for international travellers from 28 February 2022.

“Today I’m announcing we are easing our border measures,” the health minister said at a press conference in mid-February.

“These changes are possible not only because we have passed the peak of Omicron, but because Canadians across the country are listening to the science and experts, following public health measures and taking steps to protect themselves, their families and their communities.”

Currently, travellers must show proof of a negative PCR test taken within 72 hours of their departing flight or planned arrival at the land border.

From the end of the month, a negative rapid antigen or PCR test taken no more than one day before arrival will be enough. Rapid tests still have to be managed by a laboratory, health care or telehealth provider, however.

There’s good news for parents as well. Unvaccinated children under the age of 12 who arrive with fully vaccinated parents will no longer have to avoid schools, daycare and other crowded settings for 14 days, Duclos said.

More airports in Canada will be accepting international flights from 28 February too, according to Canada’s Minister of Transportation Omar Alghabra.

Currently, only 18 airports across the country are open to international flights. These restrictions are set to be lifted so that all remaining airports that normally receive arrivals from other countries will be able to do so once again.

"This is great news for communities like Windsor, London, Fort McMurray, Moncton and many others," Alghabra said. "By receiving international flights, this will support local tourism, create good jobs and grow our economy."

He added that airports would be working with Transport Canada, The Public Health Agency of Canada and the Canada Border Services Agency to put safety measures in place.

Soak up some culture on a city break in Toronto

Over the past year, COVID-19 restrictions have deprived many people of the chance to explore museums, theatres and other cultural hotspots. Bright and bustling Toronto has a lot to offer those looking for a more refined experience.

The Royal Ontario Museum showcases art, culture and history from around the world and across the ages. In the city’s historic Distillery District, which is the epicentre of the arts and culture scene, you can easily pass a day between artisan boutiques and creative galleries.

The Scotiabank Arena is the home of Toronto ice hockey team, the Maple Leafs. It is a sport that plays a huge role in Canada’s identity and one you shouldn’t miss if you get a chance to watch a game.

From the dizzying heights of the EdgeWalk at the iconic CN Tower you can see the entire city. Toronto is also well-connected for a day trip to Niagara Falls and the chance to see one of the world’s natural wonders.

Enjoy an exhilarating adventure in Québec

Adventurous travellers should visit Québec's newest national park, Parc National d'Opémican, which opened in 2019. Set in the beautiful Abitibi-Témiscamingue region, its more than 22,000 lakes and rivers are yet to be discovered by many international visitors.

The park is a giant playground for thrill -seekers, with opportunities for hiking, biking, canoeing, kayaking and camping. Visitors can even embark on an exhilarating whitewater rapids adventure down Rivière Kipawa.

Another dare devil activity awaits in the Outaouais region, where the world’s first interprovincial zipline, Interzip Rogers has just launched. It stretches 430 metres between the city of Ottawa in Ontario and Gatineau in Québec.

You can take in the beauty of the Ottawa River from 12 storeys above, flanked by Parliament Hill to the right and Chaudière Falls to the left - all the while hurtling 40km/h towards Gatineau.

Take a walk on the wild side in the polar bear capital of the world, Manitoba

Located in the heart of Canada, bordered by Saskatchewan and Ontario, Manitoba is a multi-cultural hub of exploration and adventure.

This province’s most remote and untouched region, Churchill, gives visitors a chance to see the natural phenomenon that is the northern lights - or Aurora Borealis.

Streaking across the Manitoban skies the aurora can be viewed nearly 300 nights a year.

But travellers to this region don't just need to look skywards to connect with nature. Churchill is the polar bear capital of the world and wildlife lovers can travel to this small town to see firsthand the majestic - and increasingly rare - creatures in their natural habitat.

Churchill is the polar bear capital of the world.

Mid-October to mid-November is the best time to view the bears as they migrate from their summer habitat inland to their seal-hunting territory on the frozen shores of the Hudson Bay.

Visitors have the opportunity to see polar bears weighing as much as 681kg resting before the sea ice forms, or mothers playing with their cubs.

Plus along the way, you might spot some of the other wildlife in the area, including moose, seals and Arctic foxes.