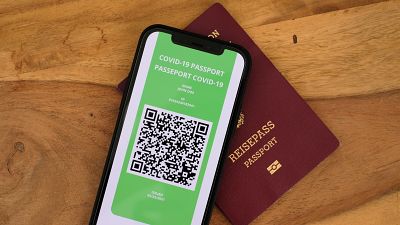 The UK has made a sudden change in their travel rules which will come as a shock to many Europeans, especially young people.

As of 12 August the UK requires visitors with doses of two different COVID vaccines to quarantine on arrival for 10 days when arriving from an amber list country. European countries like France, Spain, Sweden, Portugal and the Netherlands are all on the amber list.

Quarantine can be done at a location of your choice, with tests required on the second and eighth days of isolation. There are many reports of authorities calling or visiting those who are quarantining to check they are following the rules. Fines of up to £10,000 can be issued to those who break quarantine.

The policy comes as a shock as many assumed they would be able to skip quarantine if they are fully-vaccinated and traveling from an amber list country. However the UK government only recognises those with two doses of the same vaccine as fully-vaccinated. They updated the government website on 12 August to reflect this change.

Why has this travel rule change been criticised?

Opinion is split on mixing vaccine doses with the WHO advising against it. However, there is no evidence that mixing doses offers less protection and it is common practice when immunising against other illnesses such as Ebola. Some studies suggest it may even offer more immunity from COVID-19.

“You are basically presenting the antigen (the recognisable part of the pathogen) to the immune system in a different way”, Rodolphe Thiébaut, professor of public health at University of Bordeaux, told Horizon.

“If you mix different types of vaccine, we can imagine that you will increase the (immune) response against the common antigen,” adds Dr Frédéric Martinon an immunologist at the French National Institute of Health and Medical Research.

Mixing doses is widespread in Europe, where changing guidance on the Oxford-AstraZeneca vaccine resulted in many who had been administered one dose of AstraZeneca having a different vaccine for their second shot.

Notable people who have received mixed doses include German Chancellor Angela Merkel, but the policy change will affect young Europeans the most.

Many youngsters were given Pfizer or Moderna as their second dose after receiving AstraZeneca for the first dose. This is because guidance changed due to concerns over links to blood clots, with under 50s being recommended not to have Astrazeneca in some European countries.

AstraZeneca and the EU

The concerns over AstraZeneca which led to more youngsters being administered a mix of doses are complex and convoluted.

After teething problems negotiating a contract with AZ the EU was then hit with supply issues.

After approval from the European Medicines Agency, some EU countries then refused to authorise the jab for over-65s, and the rollout of AZ was paused by 13 European countries due to concerns over blood clots.

Many EU countries including France and Germany now only recommend use of AstraZeneca for over-55s or over-60s. Others, such as Denmark, have stopped administering AstraZeneca altogether.

Travel restrictions for travelling to the UK

The UK lifted all domestic COVID-19 restrictions on 19 July so bars, theatres, museums and nightclubs are all open. Vaccine passports are not widespread although they will be required to enter nightclubs from September.

The UK has a traffic light system in place for foreign travel separated into three categories. Those arriving from a red list country (including Pakistan, Brazil and Chile) can only enter if they are a British citizen or have residency rights and must quarantine in a designated hotel at their own expense.

Those arriving from amber list countries must quarantine for 10 days at a location of their choice and take two COVID tests on day two and day ten of their isolation. People who are vaccinated with two doses of the same vaccine can skip this quarantine but must take a test on arrival.

Travellers from green list countries (for example, New Zealand) face no isolation requirements but must still take a test before they travel and after arrival.

Currently, most European countries are on either the amber or green list, however, the mixed-dose rule only applies to those visiting England and not Scotland, Wales or Northern Ireland.

This adventurer let social media plan her trip across Europe