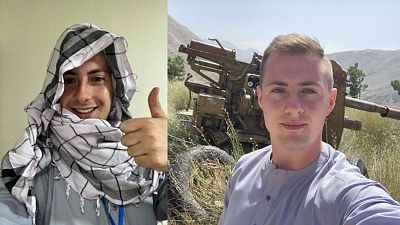 A 22-year-old student from the UK claims he is stuck in Kabul after flying to Afghanistan on holiday last Friday.

Miles Routledge, a physics student at Loughborough University, reportedly flew into Afghanistan on Friday 13 August from Turkey with a flight scheduled out of Kabul on 19 August.

He originally booked the trip in May 2021, despite advice from the UK Foreign Office cautioning against travel to the country. This month Routledge discovered he could not refund his trip, so decided to get on the flight as planned, believing that he would be able to leave before the Taliban took Kabul.

However, the ongoing Taliban offensive has moved quicker than predicted, with Kabul falling to the insurgent group yesterday, 15 August.

Routledge found himself unable to fly out of the city yesterday, posting on Facebook that he was in a “bit of a pickle”.

In a post on social media, Routledge said, “I’ve bitten off more than I can chew and something has not gone to plan, resulting in this situation. There was no convincing me otherwise and I knew the risks, it was a gamble I took that went wrong despite my confidence and jokes.”

A few days ago US officials forecast that it would take around 30 days before the Taliban entered Kabul, and at least 90 days to capture the city. But Kabul fell to the military group yesterday, with flights out of the city suspended for civilians until further notice.

According to multiple posts on 4chan and a video he streamed on Twitch, Routledge - also known as Lord Miles online - explained why he decided to make the trip.

“I kind of thought, what’s the most fun country I could go to that isn’t boring, as in, there’s some excitement in there and it’s different,” he said. “I don’t want to go to London or even Spain.

Later on in the livestream, Routledge said he had “no regrets” about his trip so far and would “do it all over again.”

In an interview with the Times, he said that he wanted to take risks with his travels.

“I like risk, I’m a banker so it makes sense,” the Physics student and summer finance intern told the paper.

“I hate lying around on a beach so I wanted to do something a little bit different. After graduating I’ll have a full-time job and maybe a family so won’t have the opportunity to do things like this again.”

However, recent posts on social media have shown that the student is now feeling less positive.

“I just wanted this whole thing to be a little charity thing where I can explore a weird country but I’ve mentally broken down.”

Where is Miles Routledge now?

Yesterday, Routledge was in a UN safe house in Kabul along with 50 other foreign citizens. He said the compound is staffed by Turkish and British soldiers.

On Tuesday he posted an update, saying he had been evacuated to Dubai.

A practising Catholic, the 22-year-old says he was praying “roughly every 20 minutes” and continues to wear a crucifix.

Apparently, Routledge has contacted the British embassy and government officials to ask for help, but had not managed to get through to anyone over the weekend. The UK Foreign Office has not yet responded to our enquiries on this.

His university is also providing support. In a statement to Euronews Travel, a spokesperson from Loughborough University said, “we are aware of reports that one of our students is currently in Afghanistan.

“We are in touch with the student and have offered them our support and continue to monitor the situation closely.”

The university says they are unable to verify his location, but were helping Routledge “on the understanding that he is in Kabul.”

This isn’t the first time Routledge has travelled to somewhere dangerous. He previously visited Chernobyl in 2019, bragging online that he bribed a security guard to let him keep a gas mask he had stolen. He claims that he subsequently sold the item online for more than the cost of his trip.

Though the 22-year-old’s trip has caught the attention of many on the internet, he’s also been met by a significant amount of criticism too, with some branding him a ‘disaster tourist’.