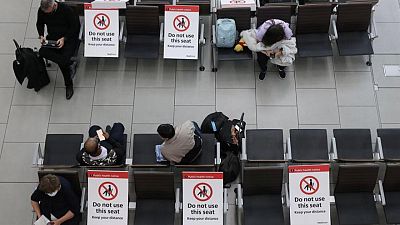 Air passengers departing London's Heathrow Airport had to endure long queues on Monday after a large number of security staff were told to self-isolate by the health service's COVID-19 test and trace system.

The airport, which is gearing up for a surge in customers as travel restrictions end, said it had to bring in extra staff to clear the queues.

"Earlier today we experienced some passenger congestion in Terminal 5 departures, due to colleagues being instructed to self-isolate by NHS Test and Trace," said a Heathrow spokesperson.

"We have activated additional team members to assist passengers with their journeys and the operation has now returned to normal. We apologise to our passengers for any inconvenience caused."

Last week the government said it was looking at changes to its COVID-19 app due to frustration among the public about the continued need for 10 days of self-isolation if they are alerted to a possible exposure to the virus. Two-thirds of adults have had two doses of the vaccine.

Businesses fear many staff and customers will need to self-isolate as the government plans to lift capacity restrictions on pubs, restaurants and other public events on July 19 in England, despite a surge in the number of COVID infections.

Figures released by Heathrow on Monday showed passenger numbers in June were still nearly 90% down on pre-pandemic 2019 numbers.

These are the 4 countries offering COVID-19 vaccines to tourists