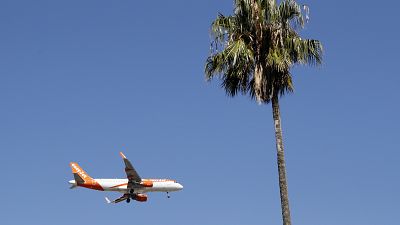 This article published on Monday has been updated.

Portugal, Spain and Germany have issued new travel restrictions in a bid to limit the spread of the more contagious Delta coronavirus variant, which was first detected in India.

Germany began implementing new restrictions on people entering the country from Portugal and Russia on Tuesday, involving a two-week quarantine.

Meanwhile the UK is under the spotlight given rising numbers of new coronavirus cases with the Delta variant. German Chancellor Angela Merkel has expressed her concern over the Euro 2020 tournament, her government calling for crowds at British stadiums hosting matches to be reduced.

As of Monday (June 28), non-vaccinated Britons travelling to Portugal need to go through mandatory quarantine for two weeks, according to an order published by the Portuguese government.

Under the new rules, anyone travelling to mainland Portugal by air, land or sea, has to prove they have been fully vaccinated or have to isolate.

The measure comes after Merkel criticised Portugal last week for allowing British tourists to travel to the country between mid-May and early June, while the Delta variant was circulating in the UK.

Portugal became the first European Union nation to announce that the Delta variant was now dominant on its territory.

The country has in recent days been reporting the highest number of daily new coronavirus cases since February. Though hospitals are comfortably coping with new virus admissions, officials say the increase of about 30% over the past week was a worrying trend.

On Monday, the number of coronavirus patients in hospital surpassed 500 for the first time since early April.

Lisbon, the capital, is one of Portugal's hot spots, with a case rate of 438. The city council said Monday it will extend the opening hours of vaccine centres, with people over 50 allowed to walk in without an appointment.

In the southern region of Algarve, known as a tourist hotspot because of its numerous beaches, in-person classes for children up to 16 years old were cancelled on Monday — and for at least 12 days — in a bid to break transmission chains in five towns, including the well-known vacation spots Albufeira and Faro.

Thousands of British tourists visited the Algarve earlier this month when the British government briefly allowed easier travel to Portugal.

The Balearic Islands are also placing new restrictions on UK travellers, although Spain has resisted Merkel's calls for an EU-wide quarantine. Beginning on Thursday (July 1), people arriving from Britain in the islands will have to prove they have been fully vaccinated against COVID-19 or show a negative PCR test.

Mallorca has experienced a new coronavirus cluster following a student trip to the island from mainland Spain.

Authorities are restricting hundreds of visiting high-school students to their hotels after holidays to mark the end of the academic year turned into a major COVID-19 outbreak.

Officials say more than 800 COVID-19 cases in eight regions across mainland Spain have been traced back to the Mallorca outbreak, which started last week.

Scores of infected teens are still on the island. Nine have mild symptoms and are in a local hospital as a precaution.

Germany announced restricted entry from Portugal and Russia on Friday after the Robert Koch Institute classified the two countries as "various variant areas." The UK was so far the only European country to appear on the list, along with 13 other states.

Only German citizens and residents are allowed to re-enter the country provided they go through a mandatory 14-day quarantine -- even for those who are fully vaccinated.

The measure came into force on Tuesday, after an expected last-minute rush of German tourists heading home on Monday.

Health Minister Jens Spahn said on Saturday that Germany needed to accelerate its vaccination rollout as the Delta variant spread throughout Europe. The government has pledged to deliver five million doses to vaccination centres across the country in the first week of July.

France last week announced that it was adding Russia to its "red list" of 21 countries subject to severe travel restrictions because of concerns over rising coronavirus infections.

Last week, the EU's disease control agency warned the Delta variant could account for 90% of new coronavirus infections in Europe by late August.

The variant has now spread to at least 85 countries worldwide. It is estimated to be 40-60% more transmissible than the Alpha variant, first detected in England.

Despite concerns over the Delta variant, COVID-19 indicators have improved across most of Europe in recent weeks.

Several countries have further lifted restrictions in the past few days. Spain on Saturday lifted the requirement to wear facemasks outdoors. Italy has followed suit on Monday, as the last Italian region still under curfew lifted nighttime restrictions.

Avoid UK hotels this summer with our alternative accommodation guide