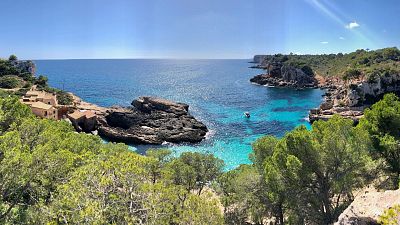 The tax fund is being used to protect stunning landscapes like this one located in Mallorca   -   Copyright  Unsplash
By Sabrina Fearon Melville  •  Updated: 29/06/2021

For many years the Balearic Islands have been a tourism hotspot. Made up of four larger islands of Mallorca, Ibiza, Menorca and Formentera - along with numerous minor islands - they have been where holiday-makers flock to for sun, sand and day-parties.

But in order to combat a mass influx of tourists yearly, the islands’ tourist board decided to regulate the laws surrounding tourist rentals, thus curbing the number of tourists flocking to the islands.

How are the Balearic Islands minimising tourism?

In 2016 it was announced that the Balearic Parliament would create a new tax which would apply to stays in tourist accommodations. Although small (between €1- €4 per person/per day) the idea was that this would hopefully offset people looking to come to the island for a short period of time, instead encouraging more meaningful trips as after nine days the tax was discounted by 50 per cent.

This tax has proved highly profitable for the Balearic economy with some €104 million raised in 2019 and a further €270 million raised since the tax was implemented.

A year later in 2017, the Balearic Parliament added more regulations.

Deemed an ‘unregulated sector’ by then Tourism Minister Biel Barcelo, the laws passed directly appeased many from the islands who were experiencing the negative effects of Mallorca’s mass tourism.

They have also capped the number of beds available to tourists on the islands of Mallorca and Ibiza to 623,624.

The new laws indicated that rentals via the sites Airbnb and HomeAway had to be licensed and registered with the Balearic Government and that failure to comply could result in a fine of up to €400.000 for the big businesses.

Individuals who rent out their personal abodes are only allowed to do so for a maximum of 60 days per year.

The Government has also banned the use of residential buildings being used as rentals - unless the building is in a rural location.

These rules have meant that it has been harder for people to rent out their secondary private accommodations for long periods of time, thus curbing the levels of tourists on individual islands.

What is the money going towards?

The Balearic Islands are placing the money made via taxes back into sustainable means.

The projects, selected by a Committee for Sustainable Tourism made up of Balearic officials, economic stakeholders and other organisations with a vested interest in the island's sustainability journey.

In Majorca, one of the smaller islands, windmills play a massive part in its heritage and as result a grant of up to €15,000 was made available to windmill landowners in order to fund labour endeavours.

The fund has also offered up €780,000 out of a €1.2 million bill to help renovate a building in the UNSECO Tramuntana mountain range which is now being used as a hostel for hikers, cyclists and active holidaymakers.

In 2021, the Government hopes to use part of the fund to create a new app to educate holiday makers about the Balearic’s marine ecosystem.