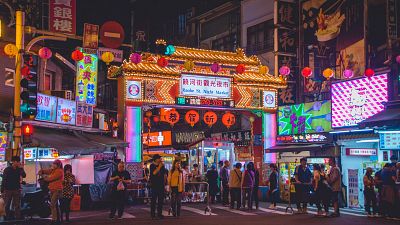 After a year of lockdowns, many people are looking for a change - whether it’s a temporary move to become a digital nomad or a more permanent change to become an expatriate in a new country. But with so many countries to choose from, deciding on your new home can be daunting.

Luckily, expat community organisation InterNations have got you covered. They have just published their Expat Insider 2021 Survey which uncovers the best destinations for living and working abroad.

Based on information from more than 12,000 respondents, the survey is one of the most extensive pieces of research in the world on expat lifestyles .

The study covers expats’ satisfaction with quality of life, ease of settling in, working life, personal finance, and the cost of living in their respective countries of residence.

This year, respondents were also asked to feedback on their experiences with the COVID-19 pandemic, and how it has impacted their lifestyle abroad.

Where are the best locations for expats - and why?

Vietnam is the ideal spot for expats looking to save money while living their best lives. Its beaches, delicious food and fascinating culture make it a great spot for anyone looking to try something new.

Canada is best known for its friendly people, world famous beauty and - more recently - for being the ideal social distancing location, with just 38 million people across nearly 10 million square kilometres.

The South American country of Ecuador is deeply rooted in history. It’s home to one of the oldest civilisations in the world, has its very own pyramids and UNESCO World Heritage Sites including the Galapagos Islands and the city of Quito. Fun fact: if you venture up the Chimborazo Volcano near Riobamba, you’ll be at the world’s closest point to the sun (because of the bulge on the equator, sorry Everest).

Australia is known for the attraction of its megacities such as Sydney, Melbourne, Brisbane and Perth. It also features famous spots like Bondi Beach and The Great Barrier Reef. Fancy weekends spent barbecuing in the afternoon heat? This is the expat spot for you.

After its stellar handling of the COVID-19 pandemic by their prime minister Jacinda Ardern, it’s no surprise to find the beautiful New Zealand in the top 10. Along with its competent handling of the public health crisis, NZ produces great wine and offers world-class skiing and surfing. This corner of the world really does have it all.

Expats can head to Portugal for warm summers, al fresco dining, stunning cities and - most importantly - Pastel de Nata, a delicious custard tart usually served hot and sprinkled with sugar and cinnamon. Also a good one for the golfers as the small but mighty country is famous for its diverse range of courses.

The Malaysian capital Kuala Lumpur is one of South East Asia’s powerhouses for finance and business. The country is also home to a selection of UNESCO world heritage sites, beautiful beaches and secluded islands.

Coming in third place, luscious Costa Rica. It’s home to tropical beaches and incredible national parks that feature an array of rare species of plants and animals. Costa Rica is a timeless favourite with tourists who want to immerse themselves in the concentrated biodiversity of this Central American country. Great coffee and the mantra ‘pura vida’ (pure life) can be added to the list of appeal.

Meanwhile in Mexico, delicious food and sun-soaked beaches - plus a rich history which is still present in its Mayan temples - make for the perfect escape. The landscape is one of extremes: rugged mountains, dense rainforest and blue waters mean there’s never a dull weekend. It’s also the home of margaritas. We feel that’s relevant.

Coming in first place overall, Taiwan, a small island in East Asia, is known for its colourful night markets, free WiFi across its largest cities and vegetarian-friendly cuisine. It’s also home to one of the best healthcare systems in the world and an obsession with Hello Kitty (we’re talking themed restaurants, cartoon-clad aeroplanes and even branded beer).

Where should expats avoid in 2021?

Of the 59 countries analysed, the lowest scoring included Kuwait (59th), Italy, South Africa, Russia, Egypt, Japan, Cyprus, Turkey, India and Malta (50th). According to the research, Kuwait is the hardest country for expats to feel at home in, Italy is the worst for personal finances and expats in South Africa have concerns around their safety.

The UK was 45th, ranking badly for personal finance and ease of settling in - however it scored higher for working abroad, coming in at 29th. The notoriously bad weather was taken into consideration, too.

How has the pandemic impacted expats around the world?

Nearly half (45 per cent) of survey respondents say that COVID-19 has had an impact on their current stay abroad or their relocation plans. The pandemic means 8 per cent of people who had hoped to relocate to a new destination at the start of 2020 ended up cancelling their plans.

Around a fifth of respondents had been happily living abroad until COVID happened and transferred them home sooner than expected. For prospective expats, hopes to move abroad were put on hold, affecting around 35 per cent of people. However the pandemic also means that around 1 in 10 people have now decided to move abroad, with hopes that 2021 will be the year.

When asked what the biggest impact of the pandemic has been on their personal life right now, survey respondents highlighted the effect it’s had on travel (25 per cent), social life (23 per cent) and work (16 per cent).

Sick of working from home? Try working abroad from Greece

These communities in America are paying digital nomads to move there