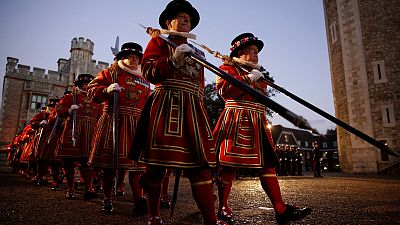 According to a royal decree, said to have been issued by Charles II in 1630, there must always be six crows (or ravens to be precise) at The Tower of London at all times. If the birds were ever to leave the fortress nestled on the banks of the River Thames, the United Kingdom would "collapse" and the country would be plunged into chaos. Or so the legend says.

Chris Skaife, who has looked after the birds for 14 years, is the Ravenmaster and one of his key responsibilities is to make sure no one ever finds out if this superstition is true. For safety, he keeps two birds spare “just in case”.

Chris often posts photos and videos of the birds on his Instagram (@ravenlogy1) and Twitter (@ravenmaster1) accounts, which have over 120,000 followers.

The eight ravens he keeps at the home of the British Crown Jewels are: Merlina, Poppy, Erin, Jubilee, Rocky, Harris, Gripp, and Georgie.

Let's hope we never find out if the legend is true.

Greening the grey: London to turn 50% of its urban environment green