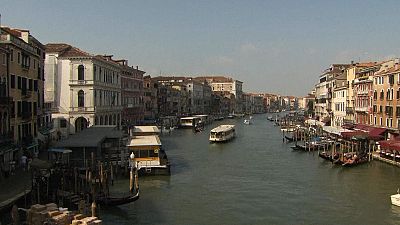 The city of Venice has struck a deal with card provider Visa to raise funds for vital restorations to treasured landmarks.

Through a three-year programme, Visa has agreed to donate €100,000 to the city for the refurbishment and protection of its historical attractions.

The scheme is the first of its type in the world, according to Visa Europe’s managing director, Antony Cahill. If successful, he said Visa would consider rolling out similar initiatives in other areas.

It works by urging both locals and visitors to pay with Visa, with signs going on display in local businesses, like restaurants and travel agents. Some of the extra revenue Visa makes would then go towards the restoration fund.

There are also donation points around the city where those with a card or contactless can make a direct contribution to the fund.

It came after research showed travellers believed they had more of an impact on their destinations than five years ago. Many wanted to lessen that impact by supporting local businesses – eateries and artists in particular.

More than 80% said they would be happy to forgo an activity that had a negative impact on the local community, while two-thirds reported they would be willing to volunteer during their travels.