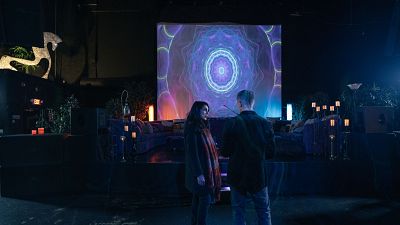 French singer Laetitia Shériff has been travelling across the USA to discover the country’s finest music, culture and gastronomy.

For Shériff, the pinnacle of the trip was Minneapolis – the city famed for creating a fusion of funk, R&B, rock, pop and new wave, pioneered by Minneapolis native and pop icon Prince, that became known as the Minneapolis Sound.

At Paisley Park, Prince’s home and “creative sanctuary”, the musician created a production and recording complex “capable of outputting any form of creative work Prince could envision”, according to the centre’s website.

The artist’s most celebrated albums were produced at Paisley Park and other musicians who have recorded there include Madonna, Aretha Franklin and Stevie Wonder, not to mention those who have turned up to jam with the owner at the spontaneous performance parties he would throw.

Performances “were generally always open to the public – the tough part was to figure out when it was happening,” says tour guide Mitch Maguire.

Laetitia was allowed to visit Prince’s private quarters and production complex, which she called a remarkable way to discover the place where the superstar lived and worked for more than 30 years, adding: “It seems to be a sacred place, a temple. I am so impressed.”

Prince used to say that Paisley Park was representative of everything he was in a musical sense, and he always envisioned the complex being open to the public. The centre has recently announced the expansion of its tour options from March – just as he wished.