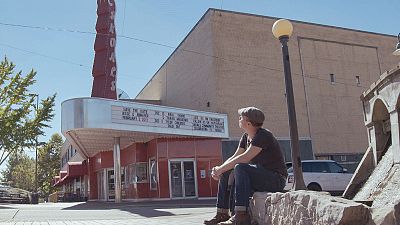 Acclaimed Northern-Irish singer-songwriter Foy Vance begins his musical journey around America where, arguably, it all began... in Muscle Shoals, Alabama. A small town that just happened to lie behind a roll call of musical greats.

Putting Muscle Shoals on the map

Nestled in the corner of Alabama, bordering Mississippi and Tennessee, Muscle Shoals was originally known for being the location of the Wilson Dam across the Tennessee River… that is until the music industry catapulted this sleepy Alabama town of just over 13,000 inhabitants into the limelight. Now it is an unmissable stop on any musical tour of the US.

It was Rick Hall, a music industry legend, that put Muscle Shoals on the map by opening the FAME studios in the 1960s. Some of the country’s biggest artists eventually recorded there, including Aretha Franklin, Otis Redding,Cher and the Rolling Stones.

A big part of the studio’s success was thanks to its session musicians known as The Swampers. Hall described the sound coming out of Muscle Shoals as "funky, hard, gutty, down to earth." Eventually, in 1969, The Swampers left FAME to set up their own studio just a few miles down the road, the Muscle Shoals Sound Studio, bringing a second musical hotspot to the small town.

Not to be missed: a roundup of our favourite destinations in and around Muscle Shoals, Alabama

While it will surely be the music that first brings you to Muscle Shoals there are other reasons to stick around. "Musically, Muscle Shoals was everything I hoped it would be," says Foy Vance of his visit, "but there was so much more to the place than I was expecting". Here are our top picks for things to do in and around the city.

1. Fame Recording Studios describes itself as "the heartbeat of Muscle Shoals Sound". Established in 1959 in Florence, Alabama, it moved to Muscle Shoals in 1961, where it has remained ever since, weathering the breakaway of its famous session band, "The Swampers" and continuing to produce records that have blazed a musical trail. Visitors can tour the legendary studios every day of the week, without making a reservation. For Foy it was a magical experience: "I got to go in and see some of the first pressings in the tape room. It was awe-inspiring."

2. Muscle Shoals Sound Studio, the "Abbey Road of Alabama", is actually in neighbouring Sheffield, Alabama at 3614 Jackson Highway. The studio and museum was formed by FAME’s The Swampers as they broke away from the Muscle Shoals Rhythm Section. They quickly outgrew their original facility, and moved to Alabama Avenue in, Sheffield, in 1978. 3614 Jackson Highway was opened as a museum and fully functioning studio in the early 2000s.

3. Rattlesnake Saloon is a unique watering hole with an impressive location, nestled under overhanging rocks. Go there for its exceptional location, great music and a bite to eat. Foy was taken there by his guide, Susann Hamlin, and sampled Wild Bill Coty's Wings with a sauce so hot he had to sign a disclaimer for it beforehand. "The cameras were on," says Foy, "and I was trying to talk Susann into trying the sauce. At the very moment that she took a bite, the sauce hit me and I realised just how hot it was. I don't know how she held it together: I couldn't bring myself to look at her."

4. If you are fancy getting out of the city for a day there is plenty of beautiful countryside and nature within a short drive of Muscle Shoals. The area has a wealth of top locations for bird watching, fishing and hiking. One such location is Dismals Canyon where visitors can see pristine wilderness and waterfalls and even take a guided night walk to see tiny bioluminescent glow worms. You can also stay the night, either camping or by booking one of the cosy onsite cabins.

"Everything was recorded in Muscle Shoals," says Foy Vance. So putting together a playlist is tricky business, but here’s a few songs to whet your appetite:

• The Rolling Stones' "Wild Horses" (1971) was composed by Keith Richards in a toilet at Muscle Shoals Sound.

• "You Left the Water Running" was recorded by Otis Redding in 1967 when he was visiting the Muscle Shoals FAME studios. It was never intended to be released, having been laid down as a demo for a Wilson Pickett song, but eventually emerged in 1987.

• "For What It's Worth" (1969) is the first track on Cher's 3614 Jackson Highway album, which was named for the Muscle Shoals Sound recording studio.

• Paul Simon recorded "Loves Me Like a Rock" in Muscle Shoals in 1973.

• If you like a good power ballad, Percy Sledge's "When a Man Loves a Woman" (1966) also emanated from Muscle Shoals.