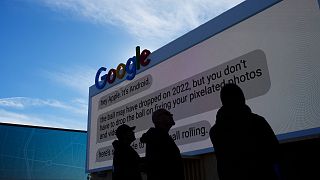 Google's parent company Alphabet has announced it's cutting 12,000 jobs, or 6 per cent of its workforce, becoming the latest tech giant to slash its headcount after rapid growth during the COVID-19 pandemic.

The firings add to tens of thousands of other job losses recently announced by Microsoft, Amazon, Facebook parent Meta and other tech companies as they tighten their belts amid a darkening outlook for the industry.

Just this month, there have been at least 48,000 job cuts announced by major companies in the sector.

Alphabet CEO Sundar Pichai shared the news on Friday in an email to staff that was also posted on the company's news blog.

Pichai said that Google, founded nearly a quarter of a century ago, was “bound to go through difficult economic cycles”.

“Over the past two years we’ve seen periods of dramatic growth,” he wrote. “To match and fuel that growth, we hired for a different economic reality than the one we face today”.

He said the layoffs reflect a “rigorous review" carried out by Google of its operations.

The cuts come days after rival Microsoft said it would lay off 10,000 workers, or nearly 5 per cent of its workforce.

Alphabet's job losses affect teams across the company including recruiting and some corporate functions, as well as some engineering and products teams.

The layoffs are global and impact US staff immediately. Alphabet has already emailed affected employees, the memo said, while the process will take longer in other countries due to local employment laws and practices.