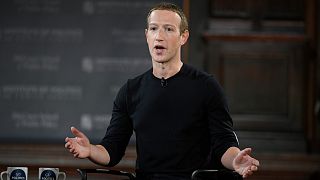 Meta is laying off more than 11,000 workers, or 13 per cent of its staff, CEO Mark Zuckerberg told employees on Wednesday.

“Today I’m sharing some of the most difficult changes we’ve made in Meta’s history,” Zuckerberg said in a letter to staff.

The mass layoffs, the first in Meta's 18-year history, come just a week after thousands of job cuts at Twitter under its new owner, billionaire Elon Musk, and at other tech companies that hired rapidly during the COVID-19 pandemic.

Zuckerberg said he too had anticipated rapid growth even after the pandemic ended. “Unfortunately, this did not play out the way I expected,” he said in his letter.

“Not only has online commerce returned to prior trends, but the macroeconomic downturn, increased competition, and ads signal loss have caused our revenue to be much lower than I’d expected. I got this wrong, and I take responsibility for that”.

Meta, like other social media companies, enjoyed a financial boost during pandemic lockdowns, as more people stayed home and scrolled on their phones and computers.

But as the lockdowns ended and people started going outside again, revenue growth began to falter.

Meta reported a sharp drop in earnings in October that spooked investors and saw Meta’s shares tank 20 per cent in the third quarter.

Meta's risky bet on the metaverse

Formerly named Facebook, the company changed its name to focus on the metaverse, a virtual reality world that has yet to be fully developed.

But its new strategy has failed to reassure investors, who have also raised concerns with Meta’s rising costs and expenses, which jumped 19 per cent year over year in the third quarter.

Meanwhile, competition from TikTok has also been a threat to Meta, as younger people flock to the video-sharing app over Instagram, which Meta also owns.

Zuckerberg said in his letter that Meta will make reductions in all of its businesses (such as WhatsApp, Facebook and Instagram) and that the company plans to hire fewer people next year.

Meta is also prolonging its hiring freeze through to the first quarter of 2023, with a few exceptions.

Zuckerberg said those laid off would receive 16 weeks of pay and an additional two weeks for every year worked. Health insurance will also be granted for six months.

“This is a sad moment, and there’s no way around that. To those who are leaving, I want to thank you again for everything you’ve put into this place," Zuckerberg said.