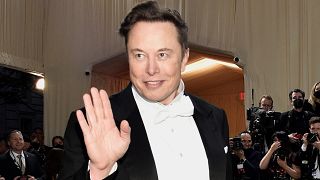 Billionaire Elon Musk confirmed on Tuesday he will step down as chief executive of Twitter once he finds a replacement who is "foolish enough". But he will still run some key divisions of the social media platform.

"I will resign as CEO as soon as I find someone foolish enough to take the job! After that, I will just run the software & servers teams," Musk wrote on Twitter.

The Twitter owner on Sunday asked users whether he should step down as CEO and said he "will abide by the results of this poll". The poll closed on Monday morning, and 57.5 per cent of the votes called for him to stand down.

He also said only Twitter Blue subscribers will be able to vote in future policy-related polls after more than 10 million people voted for him to step down as the social media platform's CEO.

As the owner of Twitter, following his purchase of the company for $44 billion (€41.4 billion) in October, no one could have forced him to step down as CEO.

He has ignored results of polls he has run before, redoing ones that may not have had the result he wanted, including a poll on unsuspending accounts that he claimed had revealed his real-time location.

A number of those accounts were of journalists from the mainstream media, such as Donie O'Sullivan from CNN, who had tweeted an official LAPD statement regarding a tweet sent by Musk.

Who could replace Musk?

It is unclear who could replace Musk but there is wild speculation about who could be appointed. As for tech leaders who could fit the bill, it has been said that the former COO of Meta Sheryl Sandberg could be a top pick. But he could also pick someone from his other companies Tesla and SpaceX.

Whoever is chosen, if chosen, would have a big job in bringing the company's finances in order as last month Musk warned a Twitter bankruptcy is possible

However, Musk said on Twitter earlier this week: “No one wants the job who can actually keep Twitter alive. There is no successor".

In response to another user’s suggestion that "Blue subscribers should be the only ones that can vote in policy related polls," Musk said: Good point. Twitter will make that change".

The paid-for subscription service allows any user to buy a blue tick verified badge for their account.

Musk is a self-declared "free speech absolutist," making the issue one of the cornerstones of his philosophy as the boss of a social media network.

Upon taking over he reinstated banned accounts, including the account of former US president Donald Trump.

Musk has however faced accusations of hypocrisy, with a spate of bans for journalists and activists who have been critical of him personally.

On Sunday, Musk also banned all links to other social networks, including rival Mastodon, Instagram and Facebook, as well as the smaller platforms Nostr and Linktree.

Following the immediate outcry, the ban was reinstated by the end of the day. Musk said: "Going forward, there will be a vote for major policy changes. My apologies. Won’t happen again".