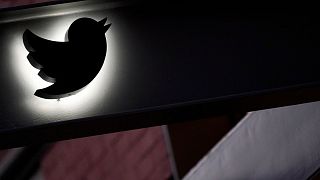 Elon Musk, the new owner of Twitter, has defended laying off around half of the online platform's workforce, saying he had "no choice".

50% of Twitter employees were fired on Friday, according to Yoel Roth head of safety and integrity at the social media giant.

In a Tweet, Musk said "regarding Twitter’s reduction in force, unfortunately there is no choice when the company is losing over $4M/day."

On Friday, Twitter Inc temporarily closed its offices after telling employees they will be informed by email later in the day whether they are being laid off.

Twitter had 7,500 workers before Musk's takeover, meaning around 3,700 jobs were lost.

The billionaire founder of SpaceX, Tesla and PayPal is seeking to slash costs at the social platform he acquired just a week ago for $44 billion (€44.9 billion).

In his Tweet defending the layoffs, Musk said all departing employees were offered "3 months of severance, which is 50% more than legally required".

Reports of mass layoffs on Friday prompted concerns about content moderation, with NGOs and campaigners claiming the changes could mean more harmful material or misinformation on the site.

Tweets by Twitter staff said teams responsible for communications, content curation, human rights and machine learning ethics were among those gutted, as were some product and engineering teams.

Advertisers have pulled spending amid concerns about content moderation in recent days.

But in a tweet, posted later that day, Roth said most of Twitter's 2,000 content moderators working on the "front line" were not impacted.

He said the "reduction in force" affected around 15% of those working in Twitter's trust and safety organisation - compared with what he said was a 50% cut seen across the company.

Roth added that fighting misinformation remained a "top priority" during the US midterm elections. Most Americans will vote on Tuesday, in a key test for Joe Biden's presidency.

Twitter's offices on Friday were temporarily closed and all badge access suspended in order "to help ensure the safety of each employee as well as Twitter systems and customer data", the company said.

Some employees tweeted their access to the company's IT system had been blocked and feared whether that suggested they had been laid off.

"Looks like I’m unemployed y’all. Just got remotely logged out of my work laptop and removed from Slack," tweeted a user with the account @SBkcrn, whose profile is described as former senior community manager at Twitter.

User Rachel Bonn tweeted: "Last Thursday in the SF (San Francisco) office, really the last day Twitter was Twitter. 8 months pregnant and have a 9-month-old. Just got cut off from laptop access."

Twitter employees have been venting their frustrations about the layoffs on the social network, using the hashtag #OneTeam.

A class action lawsuit was filed on Thursday against Twitter by its employees, who argued the company was conducting mass layoffs without providing the required 60-day advance notice, in violation of federal and California law.

The lawsuit also asked the San Francisco federal court to issue an order to restrict Twitter from soliciting employees being laid off to sign documents without informing them of the pendency of the case.

Musk has directed Twitter's teams to find up to $1 billion (€1.02 billion) in annual infrastructure cost savings, according to two sources familiar with the matter and an internal Slack message reviewed by Reuters.

He has already cleared out the company's senior ranks, firing its chief executive and top finance and legal executives. Others, including those sitting atop the company's advertising, marketing and human resources divisions, have departed throughout the past week.

For those remaining employees, there are also rumours that the remote working policy Twitter spearheaded during the pandemic is coming to an end.

Musk's first week as Twitter's owner has been shrouded in controversy.

Two company-wide meetings were scheduled, only to be cancelled hours later. Employees told Reuters they were left to piece together information through media reports, private messaging groups and anonymous forums.

The layoffs, which were long expected, have chilled Twitter's famously open corporate culture that has been lauded by many of its employees.

"If you are in an office or on your way to an office, please return home," Twitter said in the email on Thursday.

Someone invited Musk to join the channel, the sources added.