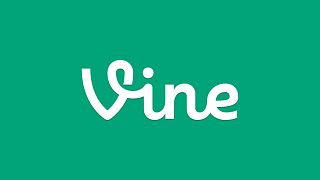 Elon Musk has asked his Twitter followers if he should bring back the original short-form video sharing platform   -  Copyright  Vine
By Sarah Palmer  •  Updated: 02/11/2022

Earlier this week, Elon Musk took to his newly acquired platform, Twitter, and asked his followers whether he should “bring back Vine?”.

Nearly half a million votes later, the majority of users voted “yes” (nearly 70 per cent at the time of writing).

But what is Vine - and what would its return mean for other dead and buried social media platforms?

Cast your mind back to the early 2010s. Think TikTok in its early days, with a dash of Boomerang. Somewhere in the middle, you’ll find the format for Vine.

Developed independently but bought and launched by Twitter in 2013, before a good portion of the TikTok generation was even born, Vine was a short-form video platform that hosted six-second clips on loop.

Despite accumulating 200 million users in its relatively short life, the app was axed by the parent platform in 2016.

While a reason for the sudden shutdown of Vine was never given, on the same day as the axing was announced, Twitter cut 9 per cent of its staff.

Now, just days after firing the entire Twitter board, it seems Musk is keen for a Vine revival.

Why does Elon Musk want to bring back Vine?

Though nothing has been confirmed by Musk himself yet, the answer seems pretty clear. It follows an ongoing trend we’ve been seeing across the “original” social media platforms. Put simply, they’re all trying to replicate the TikTok algorithm.

When Instagram experimented with prioritising video content over photos in July, the changes sparked a massive backlash that quickly led the platform to drop the tests.

“This is not the first time large companies have made changes that have angered many users,” Yael Bar tur, social media consultant, told Euronews Next when the TikTok-esque changes first became apparent.

“Meta isn't only thinking of its legacy users, but also of new users and younger ones coming in.

“Gen Z may have a different palette and are probably more accustomed to video content and suggested users, and for them this change won't be as jarring”.

The other social giants have sat back and watched the exponential success of TikTok since it came into being in 2016 (conveniently launched just as Vine bid the internet adieu), but especially in the past couple of years.

In 2020, TikTok took the crown as the most used social platform, with two billion downloads worldwide - 10 times Vine at its pinnacle.

Now, Meta, Twitter and others are scrambling to ultimately compete with the fast-moving, ever-evolving, seemingly untouchable TikTok empire.

For Musk, the relaunch of an already well-known short-form video app seems like the logical next step if he is going to keep his users happy and make his $44 billion (€44.4 billion) acquisition pay.

If Vine comes back, will others too?

Stranger things have happened. Last year, even the iconic Bebo (we’re talking to you, Millennials) resurrected itself from its bankrupt end in 2013.

But unless contemporary platforms have scope to be monetised, they stand little chance in today’s increasingly competitive world of social media.

In less than a week since Musk took over Twitter, he has already announced the company would start charging users for blue ticks.

In his original pitches for the platform, he made it clear that advertising would contribute less than 50 per cent of revenue under his ownership - to contrast the 90 per cent it currently stands at.

If Vine is making a return, will other platforms too?

Cast your mind back to the days of MSN Messenger and MySpace and ask yourself: where are the opportunities for monetisation?

These platforms were personal; for conversation, for friends. That’s the sentiment with which Instagram initially flourished, too.

“One of the things that helped propel Instagram's growth is not just the visual aspect, but the fact that there was always something more intimate about the platform,” said Bar tur, the social media consultant.

The Instagram of 12 years ago has undergone a lot of changes and developments to become the app we know today - not least being bought out by Meta in 2012.

In the decade since, Bar tur explains that if anything, now the feed discourages sharing for the most part. Instagram didn’t spring into the world perfectly equipped to host functions like ads, shopping or paid-for partnerships. It was just able to adapt.

So, back to some of the age-old classics. Take MySpace - can it be monetised?

Well, the opportunities aren’t non-existent. But on-page ads are archaic, there’s very little room for an “influencer’ market that isn’t bigger and better elsewhere. As mentioned, people are actually discouraged to share their lives in the way MySpace was designed to do.

And the fact of the matter is that the “sell sell sell” narrative weaved into the genetics of today’s social media world was never a priority in the early noughties - not in the same way that it is today.

Musk’s mention of Vine might have tugged at our heartstrings for a moment there. But the reality is, Vine is one of the few original apps that can still find its feet in today’s world.

The key to survival in our social media age is keeping up - and it seems Musk’s plans for Vine and Twitter are to do just that.

Why are young professionals becoming disillusioned with tech roles?