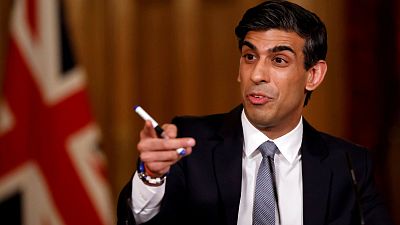 Rishi Sunak has become the UK's third prime minister in three months, pledging to tackle an economic crisis that has left millions struggling to pay their bills.

In his position as Chancellor of the Exchequer, Sunak led the UK economy through the COVID-19 pandemic. At 42, the country's youngest leader in more than 200 years claims he will fix the economy once more.

"I will place economic stability and confidence at the heart of the government agenda," he said outside 10 Downing Street on Tuesday.

Sunak is often depicted as a "crypto-friendly" leader open to cryptocurrencies and other digital assets. So what could a Sunak premiership mean for the development of Britain's crypto industry?

What are Rishi Sunak’s plans for crypto in the UK?

In April, the UK government announced its plan to make the country “a global cryptoasset technology hub”.

Headed up by Sunak, Finance Minister at the time, in brief the plan aims to “ensure the UK financial services sector remains at the cutting edge of technology, attracting investment and jobs and widening consumer choice,” according to the government’s website.

Speaking on the initiative back in April, Sunak said: “The measures we’ve outlined today will help to ensure firms can invest, innovate and scale up in this country.

“We want to see the businesses of tomorrow – and the jobs they create – here in the UK, and by regulating effectively we can give them the confidence they need to think and invest long-term”.

In its initial stages, the government advises the strategy will be based on testing. It plans to introduce a “financial market infrastructure sandbox” to enable firms to experiment and innovate in cryptoasset technology.

The next step will be to establish a Cryptoasset Engagement Group, which will work closely with the industry and explore ways of enhancing the competitiveness of the UK tax system to encourage further development of the cryptoasset market.

The entire strategy will be pegged on stablecoins - a form of crypto that is linked to a fiat currency such as the dollar, and therefore intended to maintain a stable value.

Steps have been taken to regulate stablecoins so that the new technologies are ready to be used “reliably and safely”.

The Financial Services and Markets Bill would give local governments the discretion to regulate cryptocurrencies. The bill is currently under review.

The general consensus on the back of 2020 is that Rishi Sunak thrived during the pandemic, responsible for many of the public-centric policies that helped people through financial difficulties as a direct result of COVID-19.

He left that year as one of the most popular politicians heading up the country.

But then in summer 2021, he proposed a central bank digital currency (CBDC), or “Britcoin” to come into play across the UK economy by 2025.

In Deloitte’s words, a CBDC is “an electronic form of central bank money with potential wide use by households and businesses to store value and make payments”.

The reception was mixed. For some, Britcoin would help streamline the digital transaction process, as money could be moved quickly and easily between accounts and cut bank costs.

For others, though, there are concerns around how a CBDC might affect regulatory methods like interest rates and the amount of money banks have available to loan.

There are also major privacy concerns when it comes to the state having such a close relationship with individual bank accounts. Not only would they have full access to the details of transactions, but they could theoretically also have the power to simply cut off a money supply.

Sunak has previously vocalised his support of the CBDC and its advantages, so it will be interesting to see if the concept resurfaces in his role as prime minister.