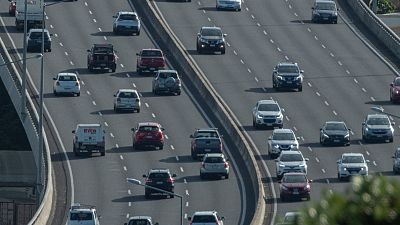 It’s bad news for so-called “boy racers,” the antisocial drivers of performance-enhanced cars. Noise-detecting cameras are here - and could land you a £50 (€57) on the spot fine.

Noise cameras have been developed to try and minimise noise pollution on Britain’s roads.

First trialled in Bradford in northern England, the UK’s Department for Transport is going to be expanding the test to Birmingham, Bristol and parts of Norfolk in the coming months.

Traditional speed cameras work by using sensors that detect cars moving too fast. With the noise cameras, they will be activated by - well, noise, as opposed to motion.

Using microphones, if a passing car exceeds a certain noise level, the new noise cameras will be activated and record the vehicle, taking its details so the relevant driver can be prosecuted.

Why are noise-detecting cameras necessary?

If you’re au fait with the Highway Code, you’ll know noise pollution - especially in built-up areas - is not only associated with irresponsible driving, but can genuinely impact people’s quality of life.

Picture this: it’s 11pm on a weeknight, you’re preparing to sleep off another day. Just as your head hits the pillow, you’re rudely jolted back to consciousness by the roar and rev of a second hand Ford Focus that’s been kitted out with a monstrous engine and likely illegal exhaust pipe.

Not only will these cameras help the crackdown on speeding but it will also help the police identify illegitimate features on vehicles - like the aforementioned illegal exhaust pipes.

It’s worth noting that the cameras are intelligent enough to recognise an engine sound by monitoring the noise pattern. As yet, none of us are going to be convicted for blasting Taylor Swift so long as we’re adhering to the speed limit.

How will the information the cameras collect be used by the police?

Any intel gathered by the cameras will be analysed by the police to clamp down on vehicles that produce excessive noise.

They will target drivers who are either failing to maintain exhausts and silencers on their vehicle - or those who have intentionally altered them.

What’s next for noise cameras?

The roll-out will continue across the previously mentioned locations in the immediate future and, if deemed a success, could become a nationwide strategy.

It’s believed the positioning of noise cameras will be decided by local authorities, prioritising areas where local people are most impacted.

Are noise cameras likely to come to Europe?

If the test in the capital is deemed a success by the end of this year, it may be sanctioned by authorities across France.

While there’s no definitive decision on the rest of Europe, it’s not unlikely that noise cameras will become a norm across the continent to help support the EU’s environmental laws and regulations.